Earlier this year, Style Intelligence 11.5 was released to the public, bringing with it a host of new features and substantial visual improvements to the User Portal. Today, we’re going to focus on several major features that should not be overlooked.

Access to Enterprise Manager can now be granted on a user, group, and role basis for multi-tenant environments

A ‘Group’ usually refers to a collection of people (e.g., a project team, the sales department, etc). Users belonging to the same group may have different functions or ‘Roles’ (e.g., Manager, Developer, Analyst, Tester, etc). Groups are organizational in nature, while roles are more functional in nature. Although this is the design philosophy and the intent of having both roles and groups, the way they are actually used depends on the discretion of the administrator and could vary in different organizations. 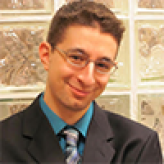