Consider an architectural design, drawn on a blueprint or through the aid of CAD program. In the way that architectural drawing was once a flat, single dimensional object, data spatialization has come along and introduced a completely new element to architectural concepts. This new way of looking at architecture opens the door to greater innovation and promotes new ways of looking at old design paradigms.

The Concept of Data Spatialization

One example of data spatialization in architecture is the Meander Project located in St. Paul, Minnesota. This project is a permanent art fixture set adjacent to the CHS Baseball Field in St. Paul. The design features 15 concrete structures that reflect both the geometry and the geography of its inspiration, the Mississippi River. The design enhances functionality through the use of LED lights that have been embedded at the top of each of the fifteen concrete pillars. These lights are more than mere decoration as they communicate data from the Mississippi River in terms of the quality of its water, temperature and the wind speed through the length of the waterway.

Another example of data spatialization as it has been incorporated into an architectural design is the Centennial Chromagraph located at the University of Minnesota Twin Cities campus. The installation is not only an architectural element, but is also a representation of the history of the school’s architectural program. The design was built to reflect the 100-year old history of the school. It contains 100 plywood ribs that were robotically ribbed, joined together with over 8,000 number 2 type pencils. The ribs are situated in a way to tell the story of the school’s history, major historical eras that have occurred along the timeline as well as the school’s leadership and its various locations throughout the U of M campus.

The Meander Project and Centennial Chromagraph represent a growing number of projects that illustrate how data spatialization is being used in architecture. Architects that are thinking outside the box have the ability to transform basic design into installations that become identifiable works within the design scheme of an existing structure or architectural design. 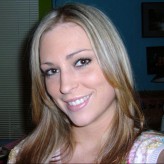 I Have Data, Now What?
5 Signs You’re Ready for Big Data