In today’s fast moving tech world, where a year of progress is more like 5 in a traditional industry, there’s always new tools for automating your workflow and running your organization efficiently. And while one can get carried away trying to adapt to the latest trend, it’s a mistake to not be open to new tools for optimizing workflow.

So what causes hesitation when it comes to adopting better tools? One reason is comfort, as has been discussed in previous posts. Another is cost. It’s usually a negative sign when managers become focused on cost cutting, as it means that owners/shareholders do not believe that the business is capable of being grown further; instead they’re focused on damage control. When revenues are down, evaluating a new tool is usually the last thing considered.

Yet the efficiencies gained from adopting a robust BI solution make it a purchase still worth considering.  According to an article from Information Age, UK companies using business intelligence have 1.6 as high sales numbers as those that don’t. In addition,

“IQBlade’s report, which is based on the Sunday Times Fast Track 100, also makes comparisons with other UK companies outside of the list to build up a picture of what technology stacks are working. It shows that high-growth companies using business intelligence technology are growing three-and-a-half times faster than UK companies in general, demonstrating the value of it.”

This isn’t surprising given the tangible time savings that often result from InetSoft implementations. InetSoft partner Hillcrest Foods estimated a savings of 500 labor hours per year, from just one of their automated reports. 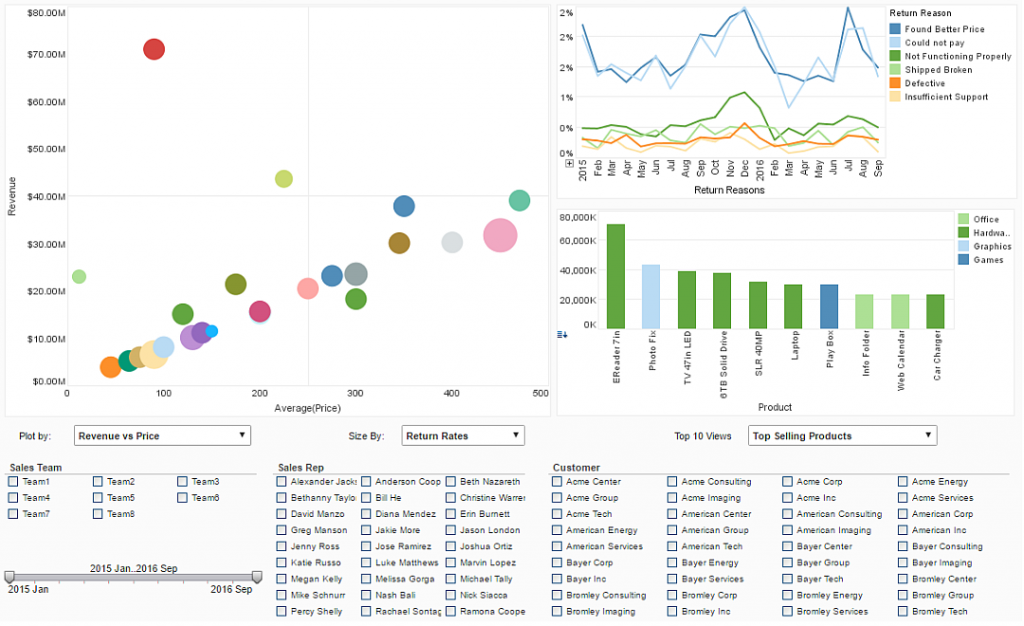 Keep Following The Mashup for more ideas about BI, analytics, and efficiency.